Disclaimer
I am a person of color. As one of the exceptions who has thrived in an ecosystem focused on safeguarding power among the elite and chosen, I hesitate to offer analysis on the organized response to police brutality. This is a Black movement. It is not my place as a non-Black supporter to critique or suggest a way forward. That will be left to Black leaders. Further, historically muted voices, and not mine, are the ones to which you should pay the closest attention. For these reasons, I direct my opinions towards allyship. While I always invite feedback, I am most interested in thoughts from Black readers. 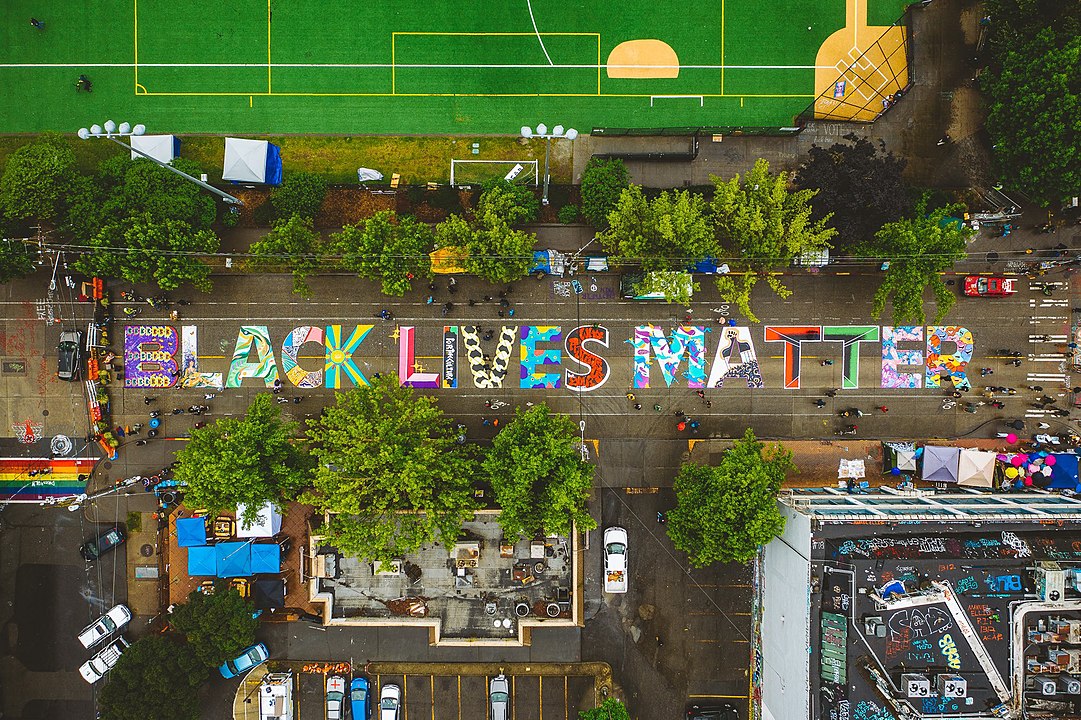 What Is CHOP?
Despite their casual and brackishly corporate/hippie/grunge facade, Seattlites are feisty. We strive to keep things relaxed, but we are poised to champion affronts to equality: WTO, Occupy, #MeToo, mass shootings, ICE, and of course race targeted violence. In the wake of the George Floyd murder, and set against Seattle Police Department’s (SPD)  notorious use of force, the people of Seattle were quick to respond.

Starting May 29, 2020, daily protests were organized downtown by various activist groups. A few of these set their sights on SPD’s East Precinct as a march destination, in the historically gay and gritty Capitol Hill. The East Precinct is a longstanding venue for citizens speaking out against police misconduct. On June 7 when barriers were erected outside the station, Pine & 11th transformed into the epicenter of the showdown and a symbol of the People vs the Establishment.

Peaceful nightly protests at the barricade were repeatedly countered with chemical weapons, flash grenades, and rubber bullets by riot-geared police, with the National Guard indifferently standing in the wings. SPD would have been wise to consider the optics of responding to accusations of police brutality, with police brutality.

Then out of nowhere, East Precinct was boarded up and abandoned without even locking the front door. It remains speculation who ordered the retreat and why.

What emerged was a social and cultural exhale, dubbed the Capitol Hill Autonomous Zone. What the president calls “domestic terrorism” in reality looks like well stocked booths with free food and supplies, volunteer medic stations, people cooking quesadillas for passers by, watching documentaries to educate and discuss, gardening in the park, dancing, painting murals, picking up trash, and an impressive lineup of Black speakers, poets, and musicians. A conscious effort has been made to keep the collective decentralized and to hold each other accountable to maintain a positive and productive vibe. As for the unlocked precinct, aside from the exterior graffiti, it remains completely intact and untouched.

Recently, the gathering was renamed the Capitol Hill Occupied Protest (CHOP). “This is not an autonomous zone, and we’re not trying to secede from the United States,” explained a community leader.

There are many takes on CHOP. Some consider it prefigurative politics, a proof of concept for what society could look like. Others see it as a fleeting phenomenon akin the Occupy Wall Street encampments, or a distraction from the cause, or an attention grabbing device that is simply good marketing for the cause. All of these claims offer noteworthy perspective. However, let’s not get caught up in formulating an overly simplified take on what CHOP is or means. Here is what we can agree on: The occupation was born out of the latest iteration of the long standing Civil Rights movement, and today, Seattle remains engaged in that movement.

Advocacy aside, tourism is also prominent. Tourists treat CHOP as an attraction, a social curiosity, a selfie opportunity, an outlet for restless festival kids to glow in the absence of Coachella and Burning Man. Admittedly, it is such indulgence that initially attracted me and that I now attempt to move past. Certainly it is possible to simultaneously stroke ego, explore curiosity, and seek justice, however it is worth being aware of how our attention and efforts are distributed.

Every few days I return to CHOP. I circle the grounds, note the latest developments in infrastructure, amenities, and vibe, then settle in to listen to the speakers. Young, old, male, female, trans, queer, lawyers, artists, all Black, and all delivering an inspired message. For a week my body has buzzed from the deluge of insight and vision. It is from this open air schoolroom, beneath flashing red traffic lights, in front of an abandoned police station that I am learning to honor the dignity and brilliance of those our society cast aside. I am learning to be an ally. 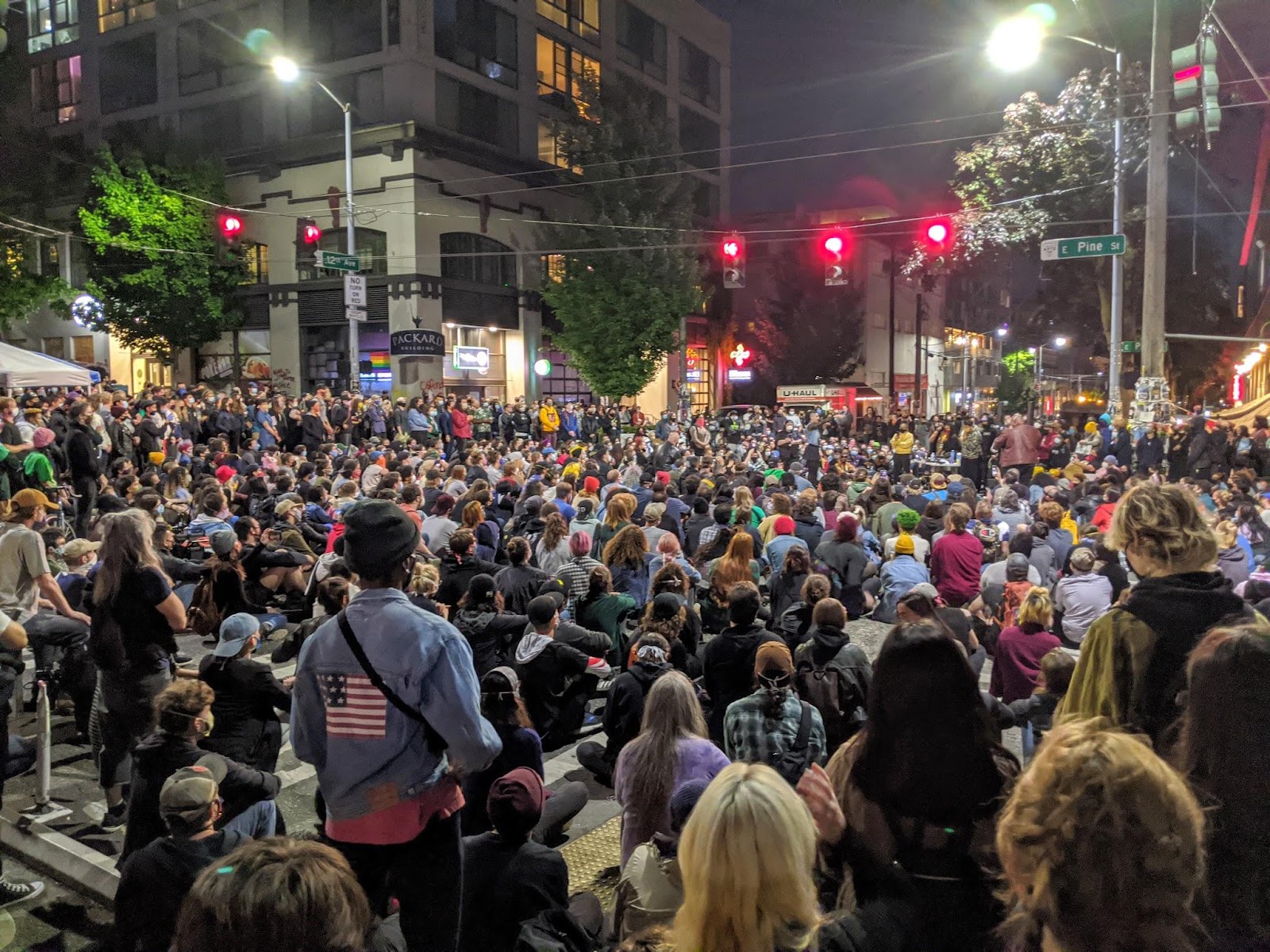 Assembling My Plan for Support
I would like to consider allyship through the lens of expanding awareness. This expansion is measured in stages, and can be used to build out a robust, responsive system for offering support. I will briefly describe key principles of the underlying model of awareness, and allow you to explore it further if you wish.

Each stage represents a perspective that is defined by a certain level of awareness and a corresponding set of values. Each stage builds upon the stage prior. Stages can be fleeting experiences, and habituated into ingrained paradigms. Primal (early) stages are urgent, laser focused, and grow gradually to accommodate more nuance and system complexity. There are healthy and unhealthy expressions of each stage, and appropriate and inappropriate times to inhabit each.

What follows is a synthesis of lessons from my time at CHOP, and organized by the level of awareness required for various states of urgency. Each stage identifies personal engagement strategies and potential blindspots that I may encounter.

Progression of Ally Strategies and Blindspots

Stage 1 Survival – Just get through the moment.
Strategies: Stand between a Black person and an attacker. Self de-escalation techniques in case I panic or get triggered.
Blindspots: Having a personal breakdown that unnecessarily diverts resources.

Stage 4 Order – Establish a sense of order.
Strategies: Learn and adhere to the collective’s social expectations, which for allies may be a higher standard than for movement members fighting for their survival.
Blindspots: Assuming that the current establishment, the system that provides me stability, can accommodate equality. Thinking that there is a cut and dry, right and wrong way to do things.

Stage 6 Equality – Serve the underserved.
Strategies: Amplify ignored voices. Empower the restrained. Be an instrument for both Black visibility and safety.
Blindspots: Burnout due to lack of self-care. Not having appropriate personal boundaries. Not having the social or emotional intelligence to navigate hardship.

There are more stages, but these are the most relevant. The art of stage navigation is not to occupy only the most sophisticated state of awareness, but to readily access the most suitable response given the urgency and demands of the situation. There is rarely an obviously correct course of action, and that should not be reason to shy away from participation. If things are smooth and comfortable, if I’m not a little nervous, if I’m not making the occasional blunder, and learning important lessons, then perhaps I am not as engaged as I could be. And if I am burning out, breaking down, or not gracefully course correcting, then perhaps I’ve bitten off more than I can chew.

There is a lot of hope in the air, tempered by an understanding that things will likely get worse before they get better. I will continue to learn, and strive to be a thoughtful ally for racial equality, for the Capitol Hill Occupy Protest, and it’s mission to move money away from police and toward community health programs. I encourage you to join the movement in your city and consider how to engage responsibly. 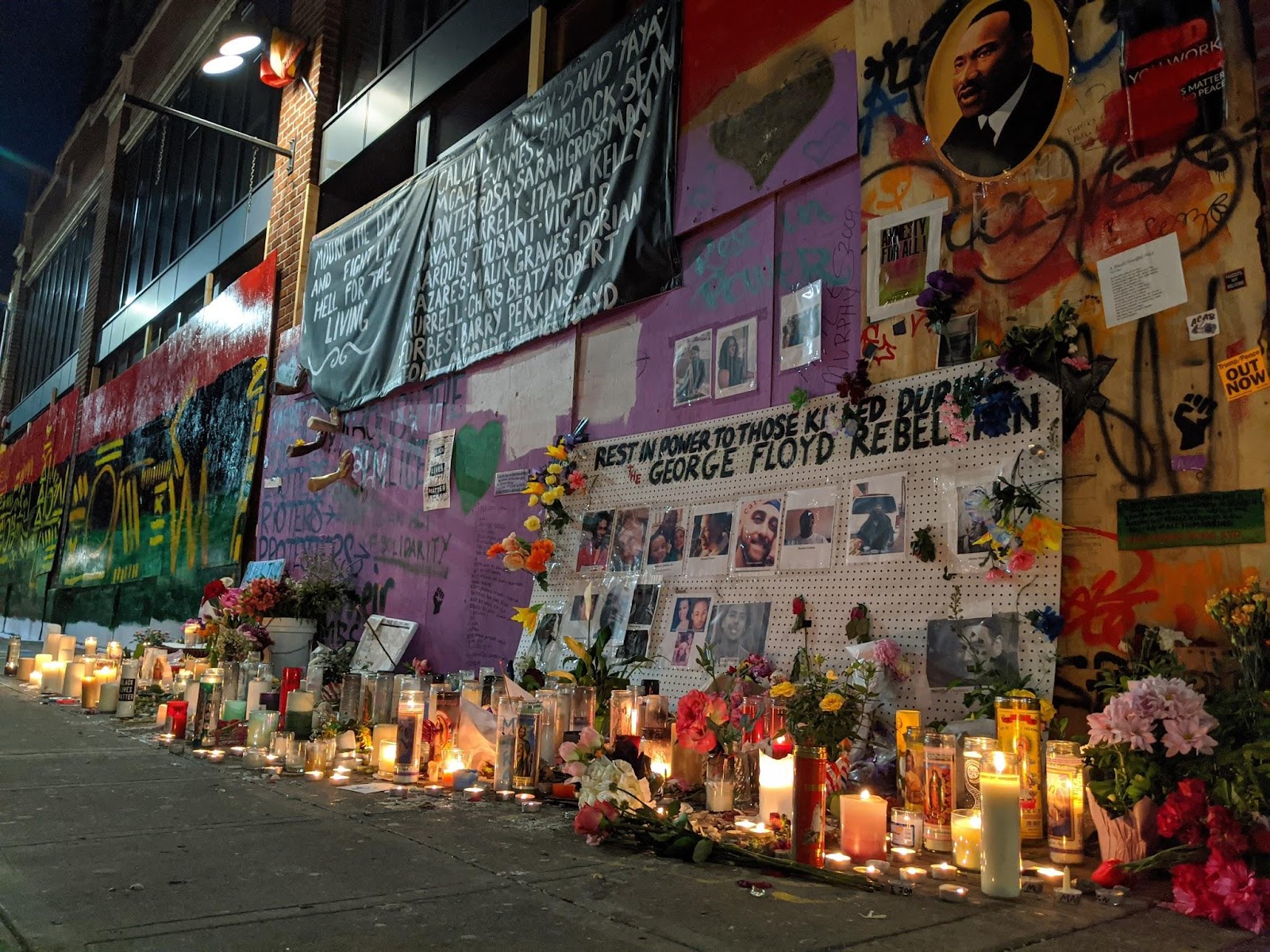 Nick Vu writes about consciousness, and explores practical ways to understand, expand, and navigate the personal and collective mind. Nick is also a perfumer at Namesake Fragrance, and runs the Center for Sex Positive Cultre, a nonprofit celebrating sexual diversity.

The Magicial Revival and Right Wing Paganism: An Interview with Amy Hale

The Dream of Blitz Peace

Can humanity hope for an evolutionary leap in the deep valley of the Corona crisis? by Martin Haeusler Do you know …

LIMINAL provides trusted context and framing for a new cultural paradigm, one that embraces inner experience – the realm of the Psyche – as well as material, ecological, and political necessities. As we travel through this unknown country together, we will investigate the new potentials that emerge and seek to self-organize, like strange attractors, that appear when steady-state systems become dissonant and chaotic.